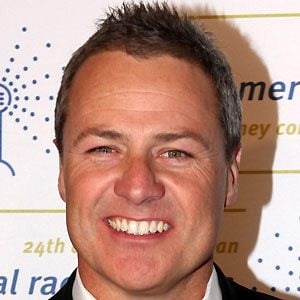 In 1988, he was given a chance with the radio station Triple M and did not leave till nine years later.

He hosted the game show Battle of the Sexes.

He had two sons named Hayden and Remy with his wife, Jaynie Seal.

Jim Perry hosted the American version of Sale of the Century which was adapted into Temptation in Australia.

Ed Phillips Is A Member Of