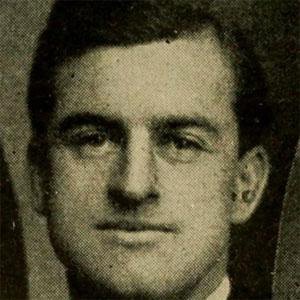 Coach of St. Louis University football who was the first one to embrace the forward pass as a regular part of the offense.

Despite his tireless promotion for the forward pass and a ball more aerodynamically shaped, the play did not catch on right away.

He was born in Sturgeon Bay, Wisconsin, one of 11 children, including seven brothers, in the family.

Knute Rockne at Notre Dame was the first major adopter of his forward pass techniques.

Eddie Cochems Is A Member Of