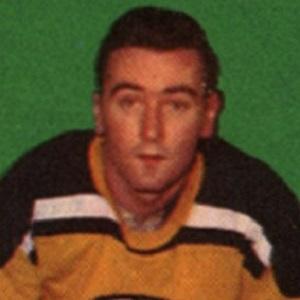 NHL goaltender who spent 22 years in the NHL and went into management after retiring.

He played junior hockey in the Western Hockey League for six years.

He was the manager of the Pittsburgh Penguins when they drafted Mario Lemieux.

He grew up in an English-speaking part of Montreal, where he first developed an interest in hockey.

He was teammates with both Phil Esposito and Bobby Orr on the Boston Bruins.

Eddie Johnston Is A Member Of