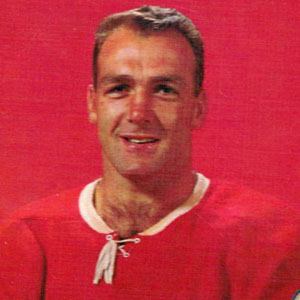 Hall of Fame NHL center known as The Pocket-Rocket, he set a record by winning an astounding 11 Stanley Cup Championships with the Montreal Canadiens from 1955 to 1975.

His older brother, Maurice Richard, was inducted into the Hall of Fame and is remembered as one of the greatest hockey players of all time.

He and Bill Russell became the first professional athletes to win 11 titles in their respective sports.

Henri Richard Is A Member Of