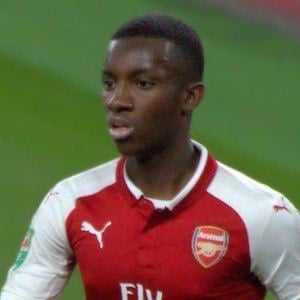 Forward who made his senior debut with Arsenal FC in 2017. He immediately made a name for himself by scoring a goal just 15 seconds into his first contest, a Carabao Cup semifinal match against Norwich, and later netting the game-winner in extra time.

He was on the Hillyfielders youth squad before playing for Chelsea at the under-14 level.

He debuted with the English under-18 national team in 2017, scoring a hat trick against Qatar in just his second match.

He has been managed by Arsene Wenger at Arsenal.

Eddie Nketiah Is A Member Of