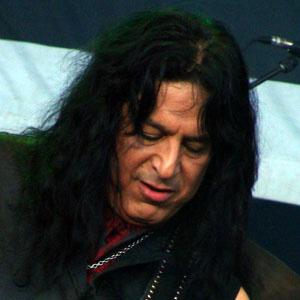 Guitarist of the 1980s hair metal band Twister Sister, the group known for songs like "We're Not Gonna Take It."

He started out releasing a couple of small singles with a group called SPX.

His signature instrument is a custom red bulls-eye guitar.

Zakk Wylde sports a guitar very similar in coloring and design to Ojeda's.

Eddie Ojeda Is A Member Of