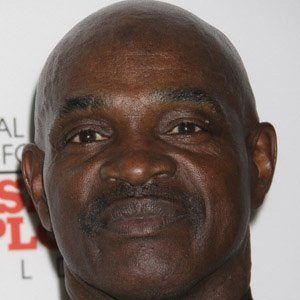 Former NFL running back and kick returner for the Detroit Lions and Minnesota Vikings, who became a golf coach at Jackson State University following retirement.

He played football at Jackson State University and signed with the Cleveland Browns in 1977 after going undrafted.

He had one of his best years in 1980, his first with the Minnesota Vikings, when he was the league leader with 53 kickoff returns for 1,184 yards.

He grew up with his brother Walter in Columbia, Missouri.

His older brother, Walter Payton, was one of the NFL's all-time greatest running backs.

Eddie Payton Is A Member Of