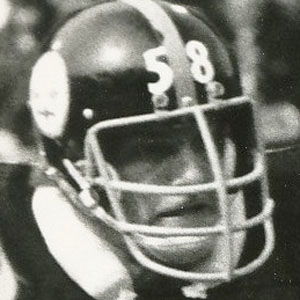 Former NFL linebacker who was a 9-time Pro Bowl selection during his 11 seasons with the Pittsburgh Steelers. He was a member of four Super Bowl Championship teams.

He was teammates with Nick Saban while earning All-Conference honors at Kent State.

In 1976, he was named the NFL Defensive Player of the Year, and in 1990 he was inducted into the Pro Football Hall of Fame.

He married Lisa Harbison and had four children with her.

Terry Bradshaw was the MVP during 2 of his 4 Super Bowl victories with the Steelers.

Jack Lambert Is A Member Of