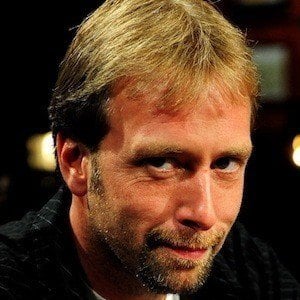 Relief skipper, deck boss, chief engineer, and cook of the fishing vessel Northwestern known for his time on the reality show Deadliest Catch. He works under his older brother Sig, the ship's captain, who calls him one of the crew's most talented members.

He started fishing when he was 18 and took over his brother's position as the ship's cook.

In 2015, it was revealed that he had a degenerative spine condition that was making it difficult to perform his duties and was potentially career-threatening.

He also has an older brother named Norman. He has three children with his wife Louise.

He appears on the show with Johnathan Hillstrand, who captains the Time Bandit.

Edgar Hansen Is A Member Of