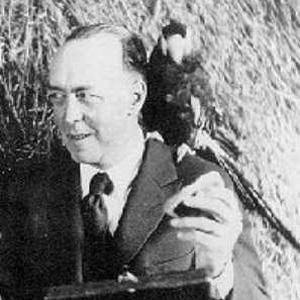 American writer who most famously created the Tarzan and Barsoom series. He was inducted into The Science Fiction Hall of Fame in 2003.

He failed the U.S. Military Academy's entrance examination and began writing when his work in the pencil-sharpening and wholesale businesses could no longer financially support his family.

His Barsoom series, set on a dying planet Mars, popularized the genre of the science fiction adventure novel.

He married his childhood love, Emma Hulbert, in the winter of 1900. The couple's daughter, Joan, eventually married James Pierce, an actor who played the title role in the film version of Burroughs' Tarzan books.

He is mentioned in author Harper Lee's only novel, To Kill a Mockingbird.

Edgar Rice Burroughs Is A Member Of