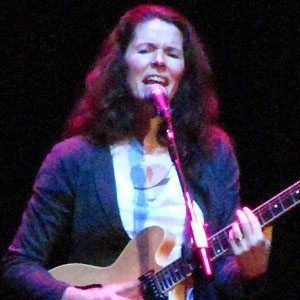 Singer with Edie Brickell & New Bohemians who released the popular album Shooting Rubberbands at the Stars.

She released her solo album, Picture Perfect Morning, in 1994.

She has three children with Paul Simon, who she married in 1992.

She had a minor role in the film Born on the Fourth of July with Tom Cruise.

Edie Brickell Is A Member Of