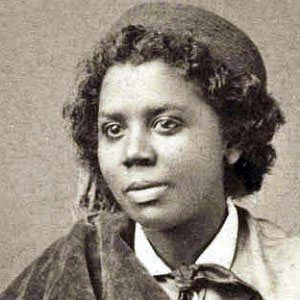 New York-born artist whose career as a sculptor took her to Rome, Italy. Her famous sculptures include The Death of Cleopatra (more than 3,000 pounds and made of marble) and Forever Free (a celebration of the end of slavery).

After graduating from Oberlin College in Ohio, she moved to Boston, Massachusetts to begin her career as a sculptor.

Her Native American ancestry inspired an 1866 sculpture entitled Old Arrow-Maker and His Daughter.

She was born in New York City to a family of Haitian, African, African-American, and Mississauga Ojibwe heritage.

She created an 1868 sculpture based on the character of Minnehaha in Henry Wadsworth Longfellow's The Song of Hiawatha.

Edmonia Lewis Is A Member Of