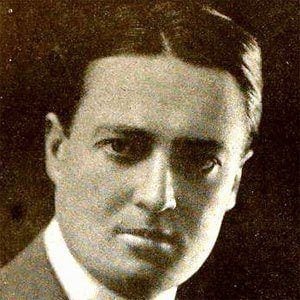 American actor who portrayed Sergeant Quirt in the 1926 film What Price Glory?. He had other roles in known films such as Dressed to Kill, The Devil is Driving, and Attorney for the Defense.

He began his career in 1915 as a vaudeville performer and a silent film actor with early film roles including Good Night, Paul and The Silent Command.

He appeared in the very first episode of the hit show, Maverick in 1957 in an antagonistic, elderly role.

He married three times with the first wife being Esther Miller, then Lilyan Tashman, and finally costume designer, Rita Kaufman.

His final film role was as Heller in Pink Tights, which starred Sophia Loren.

Edmund Lowe Is A Member Of