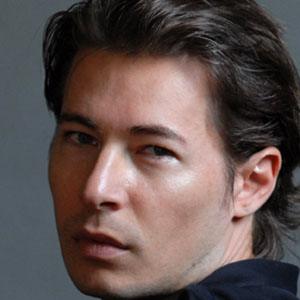 Known best for his role as Corky Caporale in the popular HBO series The Sopranos, he also appeared in the 2000 film Romeo Must Die and in the independent feature Dinner Rush.

He made his television debut in 1995, playing an autistic teenager in an episode of Law & Order. Two years later, he starred opposite John Leguizamo in the comedy film The Pest.

An audiobook narrator as well as a screen actor, he produced award-winning recordings of The Swerve (by author Stephen Greenblatt) and Haiti: After the Earthquake (by Paul Farmer).

The son of an American mother and an Italian father, he was raised primarily in New York City and Milan, Italy. After attending Wesleyan University in Connecticut, he briefly performed with an Italian theater company.

Edoardo Ballerini Is A Member Of