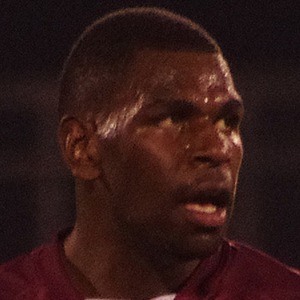 Rugby league player who has played as both a centre and winger for clubs like the Canberra Raiders and Cronulla Sharks. In 2016, he joined the Indigenous All Stars squad.

He was raised in Brisbane, Australia. He began playing rugby league for Easts Mount Gravatt at age 12.

He was named to the 2012 National Youth Competition Team of the Year.

He is the cousin of basketball player Patty Mills and rugby league player Brenko Lee.

He has been teammates with superstar Paul Gallen on the Cronulla-Sutherland Sharks.

Edrick Lee Is A Member Of