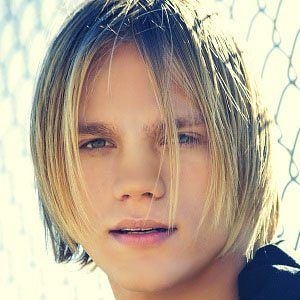 Ukrainian entertainer as an actor and TV presenter who is best known as a dance-pop vocalist and songwriter who represented Moldova in the Eurovision Song Contest 2015 with the song "I Want Your Love." He had competed in Eurovision contests in 2011, 2012 and 2013 before.

He acted in a production of Palace Ukraine in Kiev when he was five years old. He was active in more than 170 performances of the President's Christmas Tree Event between 1999 and 2002.

After releasing a debut album called Colors of the Native Land in 2003, the prime minister of Ukraine awarded him a diploma and a medal for his talent the next very next year.

He was born in Ternopil, Ukraine.

Polina Gagarina and him both competed in the Eurovision contest in 2015.

Eduard Romanyuta Is A Member Of