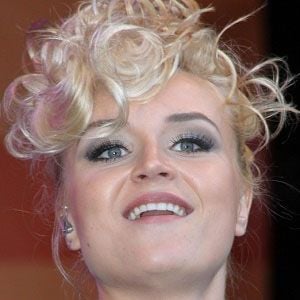 At the start of her career, she won the 2003 edition of the Russian reality talent competition Star Factory and subsequently joined a pop group called Playgirls.

She voiced the character of Dorothy in the Russian dubbed version of Legends of Oz: Dorothy's Return.

The daughter of a ballet dancer, she was born in Moscow, Russia, but raised in Greece. Her first marriage, to Russian entertainer Pyotr Kislov lasted from 2007-2010 and produced a son named Andrey. She married photographer Dmitry Iskhakov in 2014. In 2017, the couple welcomed a daughter.

Polina Gagarina Is A Member Of