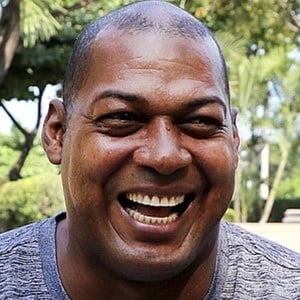 Ecuadorian striker nicknamed "El Tanque" who has lent his talents to many clubs throughout his career, including Barcelona SC and the Los Angeles Galaxy. He was a mainstay on the Ecuadorian national team from 1992 to 2002.

He played for the Centro Juvenil youth club before signing with Valdez in 1991.

He retired as the second most prolific goal scorer in the history of the Ecuadorian national team with 26 goals.

He has a son named Jean.

He played alongside Edison Mendez at the international level.

Eduardo Hurtado Is A Member Of