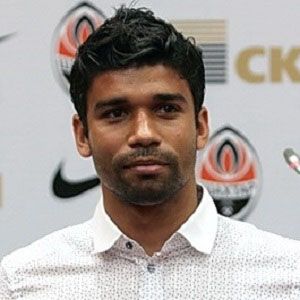 Soccer player who has won multiple titles with clubs like Dinamo Zagreb and Shakhtar Donetsk. He is considered one of the best Croatian strikers ever, winning the Croatian Footballer of the Year award in 2006.

He was the top goal-scorer in Croatian First League in 2007.

He has a daughter named Lorena.

He was managed by Niko Kovac on the Croatian team at the 2014 FIFA World Cup.

Eduardo Da Silva Is A Member Of