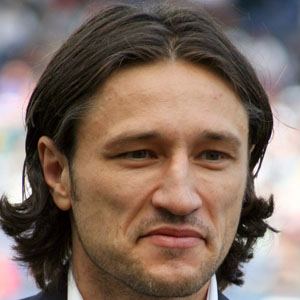 Retired soccer star remembered for being the longtime captain of the Croatian national team. He later became the manager of the team beginning in 2013.

He was born in West Berlin and got his start with the Rapide Wedding youth club.

He won a Bundesliga title with Bayern Munich in 2003.

He married a woman named Kristina in 1999. He has a younger brother named Robert.

He coached Danijel Pranjic in the 2014 FIFA World Cup.

Niko Kovac Is A Member Of