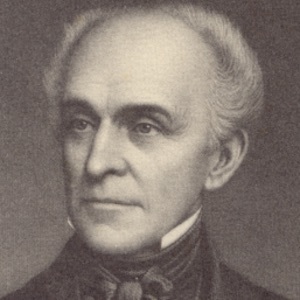 American politician who was an anti-slavery associate of Thomas Jefferson and James Monroe and served as the second Governor of Illinois from 1822 to 1826.

Upon the death of his father, he inherited 12 slaves and intended to emancipate them. However, due to the strict laws of Virginia, he was unable to free his slaves.

A scholarship has been established in his honor by the Illinois Rights Commission.

He had three children with wife Sally Logan Roberts.

He served as an associate for former U.S. President Thomas Jefferson.

Edward Coles Is A Member Of