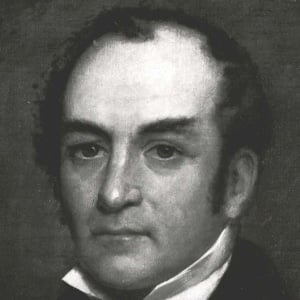 Member of the Federalist Party and Democratic Party who served in many different political positions in Delaware. He was also notably the 12th United States Secretary of State under President Andrew Jackson.

He was a midshipman for the USS Philadelphia for a year, and then attended Newark College and the University of Delaware.

He also served as President of the Baltimore and Ohio Railroad.

He married Catherine Mary Milligan in 1812, and together they had 13 children.

He was in office at the same time as President Andrew Jackson.

Louis McLane Is A Member Of