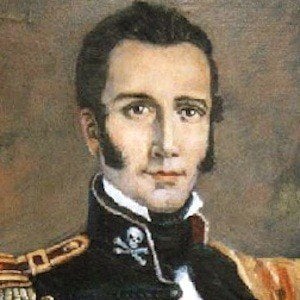 Guerrilla leader who acted as a spy for the Liberation Army in the fight for Chilean independence. He is considered one of the founders of independent Chile and he was portrayed in the 2007 historical fiction TV series Héroes.

He studied law at the Royal University of San Felipe.

He was imprisoned and assassinated in 1818 by soldiers of the "Cazadores de los Andes" battalion commanded by Antonio Navarro.

He was of Basque descent.

Manuel Rodriguez Erdoiza Is A Member Of