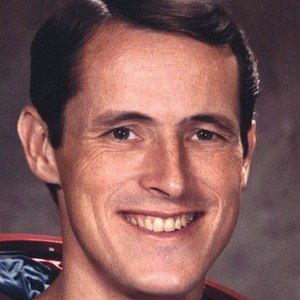 Astronaut who worked on the development of the Skylab space station and performed research on jet propulsion.

He earned his doctorate in engineering from the California Institute of Technology.

He was part of the support crew for Apollo 12 and his only mission to space was on the last manned flight to Skylab.

He married Julie Volk and had four children.

Edward Gibson Is A Member Of