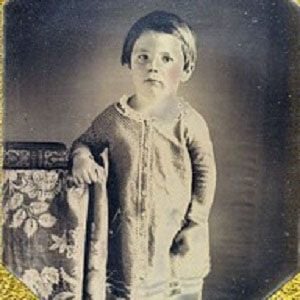 The second child born to Mary Todd Lincoln and future United States President Abraham Lincoln, he died just shy of his fourth birthday, either of tuberculosis or thyroid cancer.

He spent his brief life in Springfield, Illinois. When Eddie was a year old, his father began serving Illinois' 7th district in the United States House of Representatives.

Shortly after he died, his mourning parents co-wrote a poem in his honor, a portion of which was etched into his tombstone.

His older brother, Robert Todd Lincoln, lived to the age of eighty-two and had careers in business and law.

Eleven years after Eddie's death, Abraham Lincoln became President of the United States. Four years after that, in 1865, he was assassinated by actor John Wilkes Booth .

Edward Baker Lincoln Is A Member Of