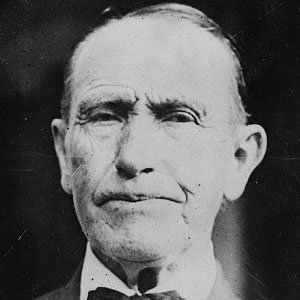 Most famous as the father of thirtieth United States President Calvin Coolidge, this Vermont-bred man was a politician in his own right, serving in his state's Senate and House of Representatives.

A native of Windsor County, Vermont, he worked as a teacher, small business owner, and farmer before beginning his political career.

He served as a colonel in the military unit assigned to the Governor of Vermont.

His first marriage, to Victoria Josephine Moor, produced future U.S. President Calvin Coolidge (born John Calvin Coolidge, Jr.), as well as a daughter named Abigail (who died in her teens). His second marriage, to a schoolteacher, lasted from the 1890s until his death in 1926.

He and James Madison, Sr. are both remembered as the fathers of United States presidents.

John Calvin Coolidge Sr. Is A Member Of