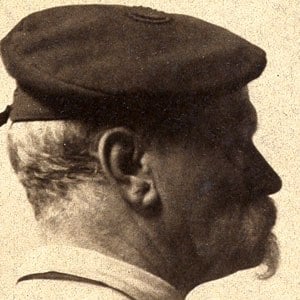 Famous for his maritime-themed paintings, this 19th-century artist produced a thirteen-work series that includes paintings of Christopher Columbus, Leif Ericsson, and other seafarers and explorers of significance to American history.

In his youth, he was the artistic apprentice of painters James Hamilton and Paul Weber.

His younger brother, Thomas Moran, was an important artist of the Hudson River School.

A native of Lancashire, England, he settled in Maryland with his parents and brother in the mid 1840s. The Moran family later relocated to Philadelphia, Pennsylvania.

One of the works in his thirteen-painting series features an image of British explorer Henry Hudson (for whom New York's Hudson River is named).

Edward Moran Is A Member Of