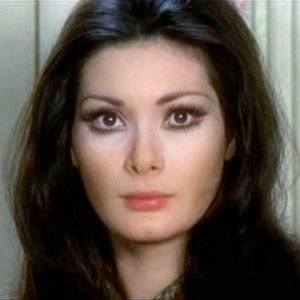 Actress and producer who appeared in several Italian giallo films, including Five Dolls for an August Moon and All the Colors of the Dark.

She was born in French Algeria to a Sicilian mother and a Maltese father.

She had the most success as an actress in Italian sex-comedy genre films such as All Naked and Warm and Giovannona Long-Thigh.

She and Italian actor Fabio Testi had a son named Edwin in 1971.

She was cast by Quentin Tarantino in the 2007 horror film Hostel: Part II.

Edwige Fenech Is A Member Of