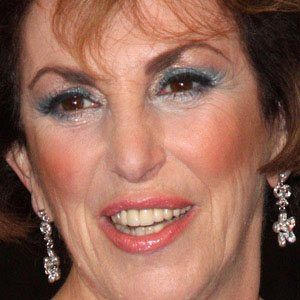 Former British Parliament member who gained radio and reality fame after she lost her seat as an MP in 1997. She also served as Parliamentary Under Secretary of State for Health under Margaret Thatcher.

She obtained a masters degree in economic history from the London School of Economics.

She had her own radio and television programs from 1997 to 2003 and she won an episode of Celebrity Mastermind in 2004.

She has two children and she married her second husband, , in 2001.

In 2006, she made a guest appearance on Gordon Ramsay's show Hell's Kitchen.

Edwina Currie Is A Member Of