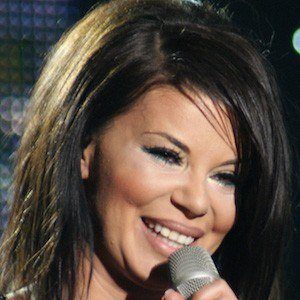 Singer who has become known as one of Poland's foremost pop singers. She began her career doing national song competitions, and broke through in 1994 with her second place finish in the Eurovision Song Contest of that year.

She made her first public appearance in 1989 at age 19. She performed on a Polish talent show.

In 2012, she participated in Poland's Dancing with the Stars and was eliminated in the semi-final round. She served as a judge for the reality singing competition series The Voice Poland in 2014 and 2015.

She was born and raised in Ziębice, Poland.

Her 1995 single "Love in on the Line" was written by Kylie Minogue.

Edyta Górniak Is A Member Of