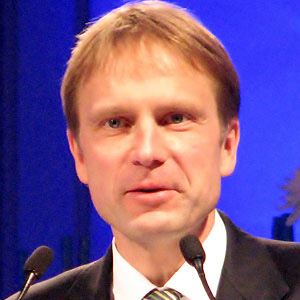 Estonian diplomat and politician who was a leading figure in the anti-Soviet resistance movement.

He published over 100 articles on Russian foreign policy and was responsible for the establishment of the new Defense Ministry of Iraq and the military intelligence as a part of the Coalition Provisional Authority in Iraq.

He is the son of and Ellen Niit, both former writers.

He was politically active in Estonia during the same period as Hardo Aasmae.

Eerik-Niiles Kross Is A Member Of