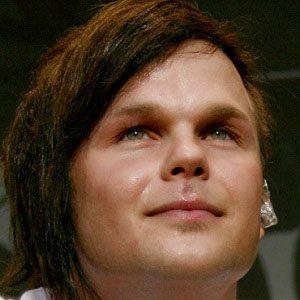 Famous as a founding member of the Finnish band The Rasmus, this rock bassist, along with his bandmates, won an Echo Award for the 2003 album Dead Letters, a 2004 World Music Award and two MTV Europe Music Awards.

He and his bandmates formed The Rasmus when they were in high school and released their first studio album, Peep, in 1996.

Apart from his work with The Rasmus, he sang lead vocals and played bass for a band called Hay and Stone and also performed with the Korpi Ensemble. He became a member of a religious group known as Sahaja Yoga.

He was born and raised in Helsinki, Finland. He and his wife welcomed two daughters in the first five years of the 2000s.

He and vocalist Lauri Ylonen were both founding members of The Rasmus.

Eero Heinonen Is A Member Of