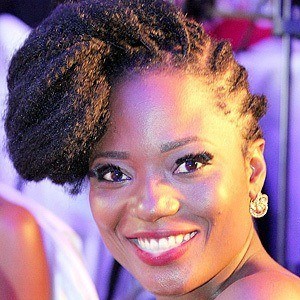 Neo soul singer and songwriter who won the Ghana Music Award for Best Female Vocal Performance in 4 straight years beginning in 2011. Her debut mixtape was titled T.I.N.T., and her debut studio album was called Janesis.

Her rise to the spotlight began after she participated in the Stars of the Future talent show. She graduated from the University of Ghana with a theatre and music degree.

She became an ambassador for the Awal Children Of The Future Foundation.

She signed with Wizkid's Starboy Entertainment in May 2016.

Efya Is A Member Of