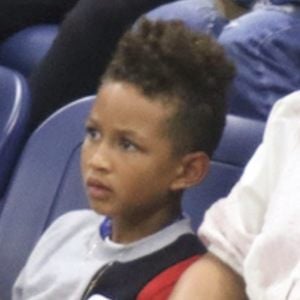 Best known as the son of musicians Alicia Keys and Swizz Beatz. He became a music producer at the age of five when he produced the song "untitled 07" on Kendrick Lamar's album untitled, unmastered.

Following his work with Lamar, he entered the studio with rap legend Q-Tip.

He became an older brother in 2014 when his parents gave birth to their second son named Genesis. He has three half-siblings from his father's previous relationships.

The song "Speechless" released by his mother and rapper Eve was dedicated to him.

Egypt Daoud Dean Is A Member Of