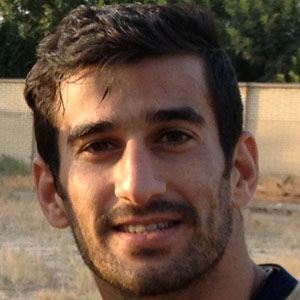 Left back who began his professional career with Sepahan in 2006 and debuted for the Iranian national team in 2008.

He began his youth career with Zob Ahan in 2000.

He was born in Kashan, Iran.

He and forward Ali Daei both represented Iran in international competition.

Ehsan Hajsafi Is A Member Of