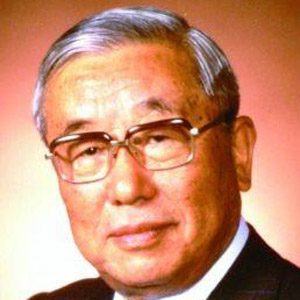 Japanese industrialist who served as president of Toyota and helped bring it to profitability and global prominence. After many attempts, he was able to break into the American automobile market with the success of the Toyota Corolla.

He studied mechanical engineering at Tokyo Imperial University, graduating in 1936.

He resigned as chairman of Toyota at the ripe old age of 81.

He and his wife Kazuko had three sons together.

He and John Pierpont Morgan were both famous industrialists.

Eiji Toyoda Is A Member Of