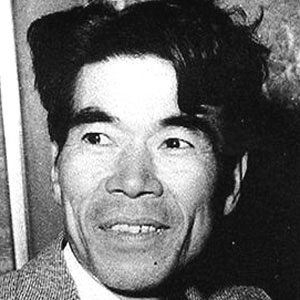 A Japanese author known for his historical adventure novels containing elements of Japanese culture and folklore, he is most famous for his 1935 novel, Miyamoto Musashi. His other works include Taiko ki and Wasurenokori no ki.

He wrote poetry and comics throughout his youth. In 1914, his early novel, The Tale of Enoshima, won a literary contest sponsored by a prominent Japanese publisher.

Four of his novels have been translated into English.

He was married twice: first, to Yasu Akazawa, and later to Fumiko Ikedo.

He was a recipient of Japan's prestigious Order of the Sacred Treasure, as was W. Edwards Deming .

Eiji Yoshikawa Is A Member Of