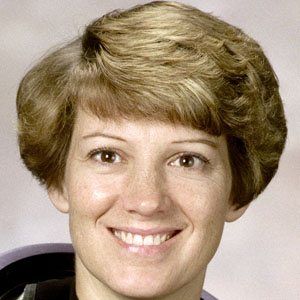 She was an assistant professor in mathematics and an instructor pilot at the U.S. Air Force Academy.

She was named one of the top 300 women in history to change the world by Encyclopedia Britannica.

She married in 1987 and had two children.

She accomplished a first for women, as did female astronaut Mae Jemison.

Eileen Collins Is A Member Of