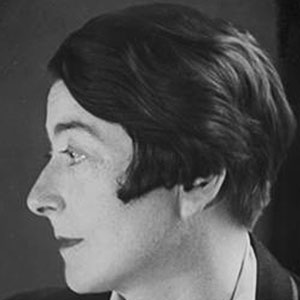 Remembered best for designing the famous Tempe a Pailla and E-1027 houses in Southern France, this pioneering modernist architect also created such famous furniture items as the E-1027 Table and the Bibendum Chair.

She trained as a painter at University College London's Slade School of Fine Art.

She died in her Paris apartment shortly after her ninety-eighth birthday.

Born Katherine Eileen Moray Smith, she grew up in southern Ireland as the youngest child of Baroness Eveleen Pounden and artist James McLaren Smith. Throughout her life, Gray had a number of relationships with both men and women; her lovers included the singer Marie-Louise and the architect Jean Badovici.

She and her contemporary, American architect Louis Sullivan, were both key figures in the modernist architecture movement of the early Twentieth Century.

Eileen Gray Is A Member Of