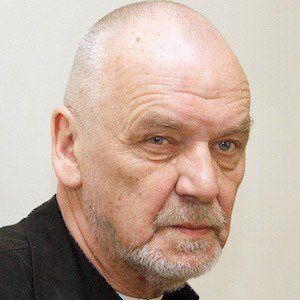 Most Popular#161836
Director Born in Lithuania#2

Lithuanian theatre director who was one of the most renowned directors in the country.

He studied at the Lunacharsky Institute of Theater Arts in Moscow prior to starting his career.

He received the third Honorary Award of the 16th International Istanbul Theater Festival in 2008.

His parents raised him in the Pazobris village of Lithuania. He and his wife Nadezda had a son named Marius together.

He and Jonas Mekas were both directors born in Lithuania.

Most Popular#161836
Director Born in Lithuania#2