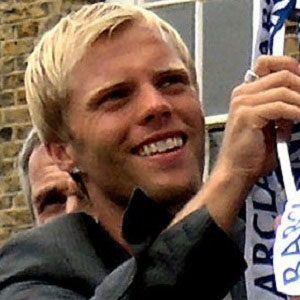 Iceland-born striker who became a star with Chelsea F.C., Barcelona, and Cercle Brugge.

He began his professional career with Valur Reykjavík in 1994.

Considered one of the best Icelandic soccer players ever, he won championships in Spain, England, and the Netherlands.

He and his father Arnor entered soccer history when both played in the same match together.

Signed by Barcelona in 2006 to replace Henrik Larsson, he quickly turned out to be a worthy addition to the club.

Eidour Gudjohnsen Is A Member Of