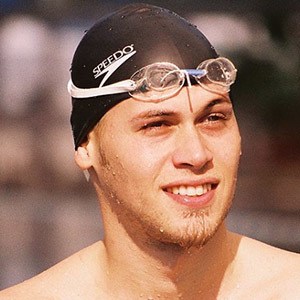 Professional swimmer who is known for specializing in the backstroke category. He is known for having competed in several Summer Olympic games and Palmares events.

He competed in his first Olympic games in 1996 as part of the Israeli national team.

He is known for having been honored with the Israel's Sportsman of the Year award in 1997.

He was born and raised in Haifa, Israel.

He is listed as a top Jewish swimmer alongside Dara Torres and Anthony Ervin.

Eithan Urbach Is A Member Of