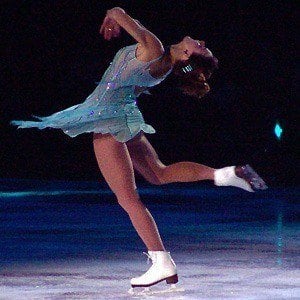 Russian figure skater who skated with her husband Sergei Grinkov. Together, they were the 1988 and 1994 Olympic Champions.

She started so young that she had to wear multiple pairs of socks to fit the oversized skates.

Grinkov died from a heart attack in 1995 and she became a widow at the young age of twenty-four.

She had her first daughter Daria with Grinkov in 1992. She then married Olympic gold medalist Ilia Kulik in 2002 and had a second daughter with him named Liza.

Ekaterina Gordeeva Is A Member Of