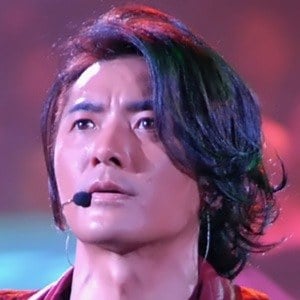 Hong Kong actor and singer who's known for appearing in The Storm Riders, Young and Dangerous, Vampire Effect, and A Man Called Hero. He won the 2008 Puchon International Fantastic Film Festival award for Best Actor.

He started his career by appearing in commercials when he was in high school and became known for Hi-C Lemon Tea.

He represented Hong Kong in the 2009 Asia Song Festival.

Ekin Cheng Is A Member Of