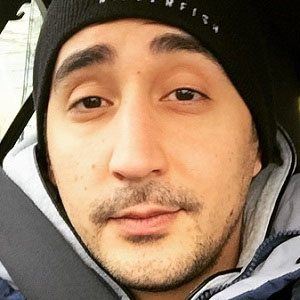 Turkish-German rapper known for albums like Eksodus, which topped the album charts in Germany in 2013. He was a member of the labels Optik Records and Ersguterjunge before founding his own label, German Dream Entertainment.

He dropped out of school at age fourteen and began working at a shoe store.

He has performed as a professional wrestler with the German Stampede Wrestling promotion at events like Southern Conflict II.

His birth name is Ekrem Bora. He was raised in a single-parent home by his mother, who was a postal worker.

He collaborated with rapper Sido on the 2014 single "Gheddo Reloaded".

Eko Fresh Is A Member Of