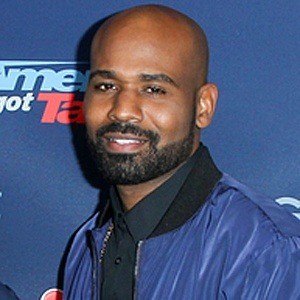 Vocalist and musical arranger who performed as part of the vocal group Linkin' Bridge on the 11th season of America's Got Talent. They were top 10 finalists.

He released a solo single called "Let This Love Fade" in January of 2014.

He is a native of Louisville, Kentucky. He has an older brother.

He competed on the season of America's Got Talent that was won by Grace VanderWaal.

Ekoe Alexanda Is A Member Of