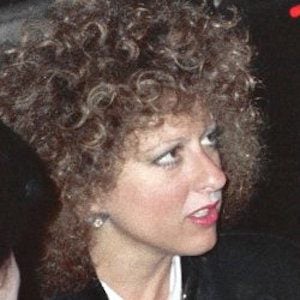 American comedian and television host who became the first female comic to get her own one hour comedy special on cable with Showtime's 'Party of One' in 1986. She helped Andy Kaufman write his last special before his death.

She began working as a singer and dancer at a club until Andy Kaufman convinced her she was funny enough to do standup.

Not a year went by that her specials weren't nominated for awards, and aside from being a comedian she is an animal rights activist.

She married Bill Siddons, who was once the manager of the psychadelic rock band The Doors, in 2007.

She cites Larry David as one of her comedic influences.

Elayne Boosler Is A Member Of