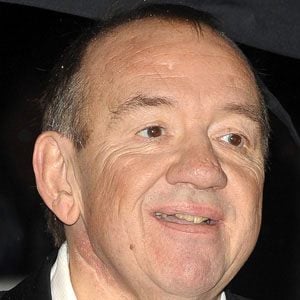 English comedian, director, producer and actor who is known for his work on the sketch comedy TV show Not the Nine O'Clock News. He also founded TalkBack productions which produced popular shows like Da Ali G Show.

He married model, Pam, and the couple had one daughter.

He appeared in a small role in the 1985 film National Lampoon's European Vacation, which starred Chevy Chase.