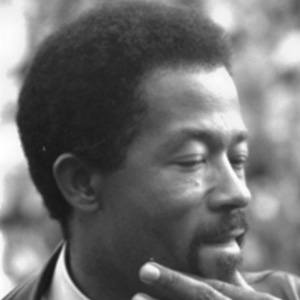 Most Popular#108081
Politician Born in Arkansas#5

Writer, political activist, and Black Panther Party leader who wrote 'Soul on Ice' in 1968. His book, which he wrote while serving time in Folsom State Prison became a seminal work in African-American literature.

He got into quite a bit of trouble as a youngster, from petty crime to a felony drug charge.

During the 1980's he became both a Mormon and a conservative Republican.

He got married to Katherine Neal Cleaver in 1967; the couple had two children together before divorcing in 1987.

He was heavily inspired by the writings and life of Malcolm X.

Most Popular#108081
Politician Born in Arkansas#5

Eldridge Cleaver Is A Member Of