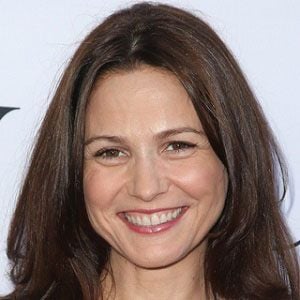 Notable for her roles in the early 1990s films Newsies, with Christian Bale, and Frankie & Johnny, with Michelle Pfeiffer and Al Pacino, Keats is also famous for playing Anny Kubiak on the short-lived soap opera Tribes.

During her childhood and early teenage years, she frequently worked as a print model. At the age of fifteen, she appeared with Michael Jackson in a commercial for the Pepsi soft drink brand.

A jewelry designer as well as an actress, she began marketing her Ele Keats birthstone jewelry collection in the early 2000s.

The daughter of Sacha Georgescu and model Jan McGuire, Keats (born Elemy Georgescu) spent her youth in both the United States and Europe. Her sister, Caitlin Keats, also pursued an acting career.

She appeared with Ethan Hawke in a 1993 survival movie titled Alive.

Ele Keats Is A Member Of